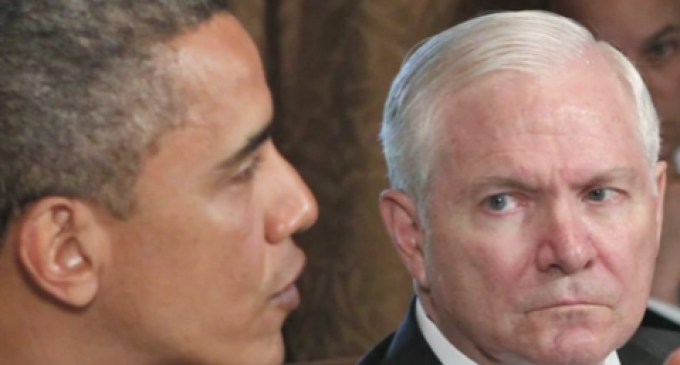 Despite the fact that the world has never been a more dangerous place, the Obama Administration continues to make deep cuts to the military, while funneling Americans' tax dollars to endeavors such as Planned Parenthood, Obamacare, an Islamic charity known to fund terrorism, and paying for the sex change operations of convicted traitors.

Many have spoken out against this dangerous trend, including Major General Robert Dees (U.S. Army-Ret.), who warned that the administration favors socially engineering the military at the cost of keeping America and her allies safe.  Maj. Gen. Dees argued recently that this is no mistake on Obama's part.

To quote Marco Rubio, “President Obama knows exactly what he is doing.”

In an illuminating and startling new special, Fox News Reporting: Rising Threats – Shrinking Military, Bret Bair speaks to many military experts–including three Secretaries of Defense who served under Obama–who warn that the current trend in our military preparedness has the United States on the path to disaster.

To read some of what the experts had to see, watch a preview of Rising Threats – Shrinking Military, and see exactly how the kid glove treatment has worked out, continue on the next page: