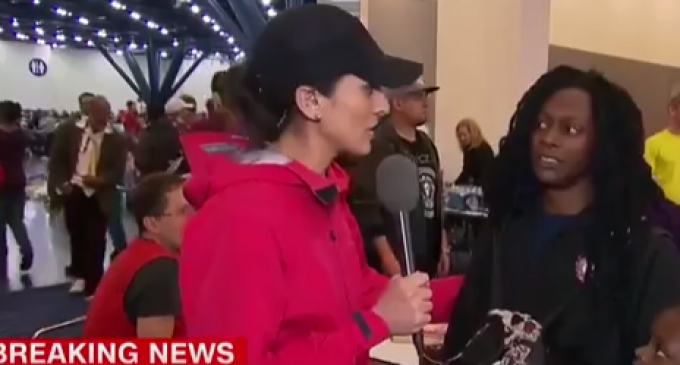 Rosa Flores, a CNN reporter was trashed live on air by a rescued Hurricane Harvey survivor over their inhume treatment of people still wet and hungry.

This poor mother and her children had been left stranded without electricity and food for 36 hours before being rescued. And instead of being able to get her children dried off, fed, and warm after being brought to shelter. She had to fight off CNN’s prying reporters trying to get their next hit piece “CNN Hurricane Harvey Special Update: Rescued Victim Also Hates Trump”.

Hurricane Harvey has really brought out the worst of the CNN newsroom. They are not used to actually having to report REAL news stories. Consequently, things went south real quick once they found themselves faced with having to throw together just 5 minutes of programming on the actual news.