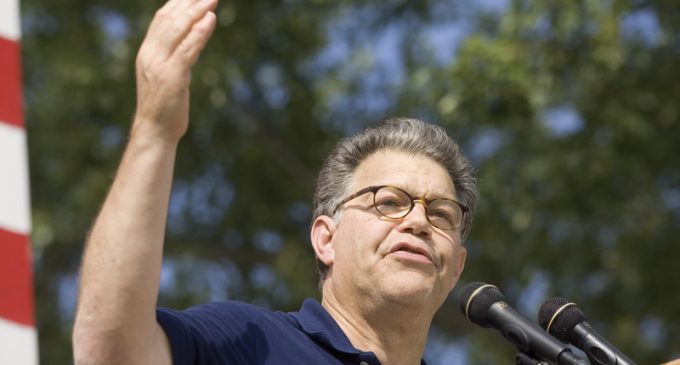 A law firm in Boston is the subject of much scrutiny this week as both the Boston Globe and the Center for Responsive Politics have embarked on an in-depth investigation into the company’s political donations program.

How it worked is very simple.  The lawyers that worked for the firm and their spouses would given donations to Democrat-only candidates and Democrat-funded initiatives and movements.  In return, sometimes as fast as the following morning, those donors would receive a bonus.  Meanwhile, the firm would write off the donations and the Democrat would benefit from the money-laundering scheme.

The law firm itself is a relatively small company, being ranked below the top 100 largest in Massachusetts alone, yet it accounts for the 11th most prolific donor firm in the United States.

Democratic politicians and organizations have already returned over a million dollars so far.  Caught up in the mess as well is Senator Al Franken, who won his 2008 election against Republican Norm Coleman by a razor-thin edge of only 312 votes.  That election was rife with shouts of election fraud which were largely overlooked by the mainstream media at a time when Barack Obama was making headlines as the nation’s first Black president.  In addition, Rod Blagojevich, governor of Illinois at the time, was making headlines as well in reference to the Pay-For-Play scheme he had initiated over the empty senator’s seat left vacant by Obama.

In his 2014 reelection, the Thornton Law Firm also heavily donated to Franken to ward off any potential challenger.  Franken pulled in big money from both lawyers and their spouses in that election cycle.

While Franken was a more well-known name there in Boston, that didn’t stop unknowns to Bean Town from visiting to cash-in on one of the most reliable sources of Democrat donations known within small political circles.

The list of Democrats that visited this small Law Firm, which made its name on asbestos-lawsuit-related cases over many years, was impressive.