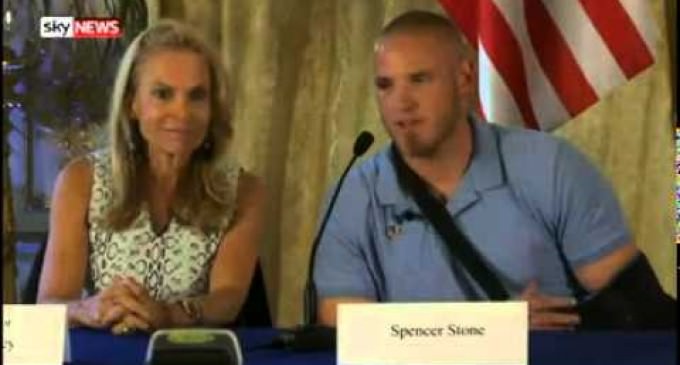 Three Americans were at their best, doing what they were trained to do and rising to the occasion with heroic valor, when they sabotaged an attack of a gunman armed with an AK 47.  What could have been “true carnage”, resulting in the death of so many on board a French train, has turned into a story of courage and true heroism.

Four men, three American life-long friends and a British businessman were honored at the French Élysée Palace, as French President Francois Hollande, presented them with the Legion d'Honneur, the highest distinction in France.