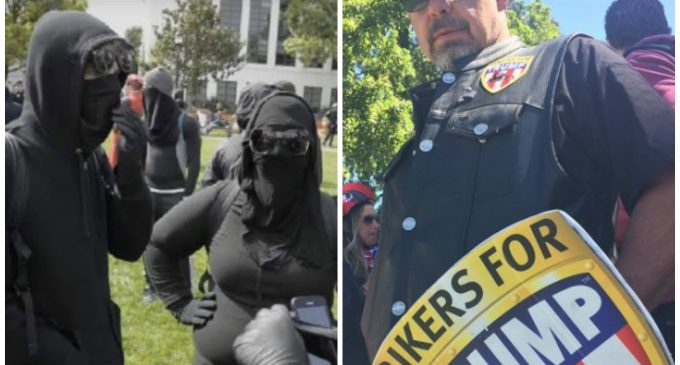 Weeks after a Milo Yiannopoulos event sparked riots at UC Berkeley, a subsequent speech by Ann Coulter threatened to reignite the leftist violence. The event was eventually cancelled due to security concerns, but the far-left riot mob at UC Berkeley doesn't seem to care. They're protesting anyway, with or without Coulter.

These rioters may think they're doing the bidding of the far-left, but several high-profile leftists have spoken out against their tactics. Both Bill Maher and Bernie Sanders condemned their inability to accept opposing viewpoints into their lives. Even Elizabeth Warren — who is constantly pandering to the far left — scolded the methods of Berkeley's student body. When asked about the planned protest, Warren told the students, “just don't go.”

But the students aren't listening. Not only are they showing up, they're already causing arrests. Not only that, we have patriots, such as the group Bikers For Trump, on the scene.

Read about the latest developments at UC Berkley and see the live feed on the next page: