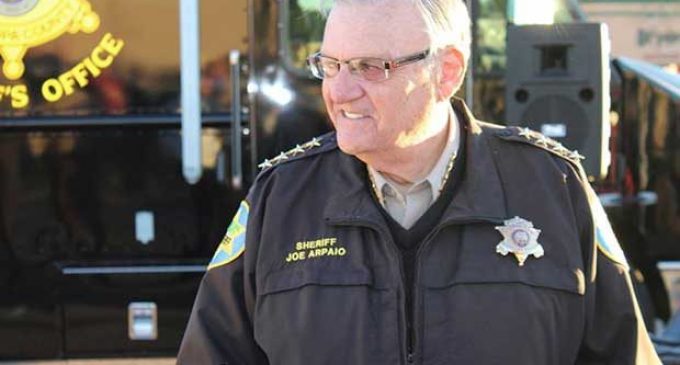 “America’s toughest sheriff” might be heading to jail. Legendary sheriff and law enforcement officer, Joe Arpaio is in legal trouble for detaining illegal immigrants. Locking up illegal criminals is frowned upon in John McCain’s home state of Arizona.

This all started back in December 2011 when U.S. District Judge Murray Snow issued a preliminary injunction aimed towards Arpaio. Judge Snow, in essence, declared that law enforcement officials could no longer detain illegal immigrants just because they entered the country illegally.

You can imagine how senile liberal folks and RINOs feel about “America’s toughest sheriff”, talking like this,

Judge Snow didn’t take too kindly to Arpaio speaking out about Obama destroying America or continuing to go after illegals. Arpaio is being prosecuted for criminal contempt and continuing to detain illegal immigrants. More on the next page on Arpaio’s trial, GUILTY conviction, and the FIGHT to overrule Arpaio's wrongful convection