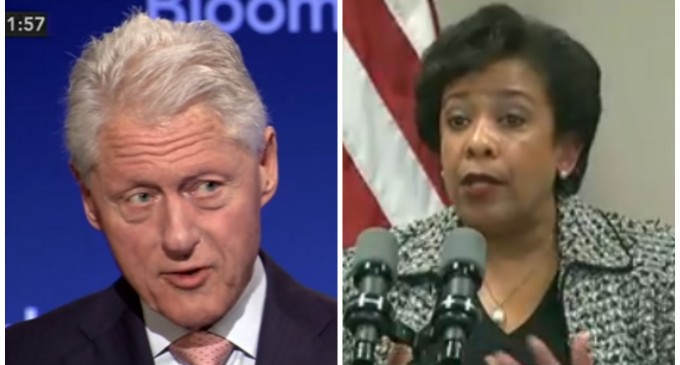 The scene in the old mobster movie is indelibly fixed in my mind. The thug in the double breasted suit is right in the face of the quaking shop owner. The words he says as he gestures with an apple in his hand seem benign enough, but they clearly are not. “We don't want you and your family should have an accident, Frankie. We don't want you should get hurt.”

The words are loaded with meaning, and they are clearly a threat, not a helpful caution. Everyone within the Clinton circle knows what those kinds of words mean. In fact, the number of people close to the Clintons who have mysteriously died or suffered major life setbacks and career disasters is staggering.

Retired U.S. Secret Service officer Gary Byrne, who just published a book about working in the Clinton White House where he worked, often right outside the Clinton living quarters, is finding it difficult to get any publicity or play by the main stream media. Some of his revelations are true blockbusters, and it is impossible to imagine that similar revelations about George and Laura Bush or Ronald and Nancy Reagan would have been so broadly and carefully ignored.

For the Clintons, however, it is just another day in corruptionville. Aside from the preposterous and  unprofessional bias the media has for the Clintons, it also seems that “the Clintons don't want the journalists should have an accident.” That could easily be an accident caused by upper management in media, or something else.

It is the same with the recent meeting that Bill Clinton had with Loretta Lynch, held privately on her plane in Phoenix just days before she was due to meet with the FBI. It is entirely possible that Clinton said nothing more than “hello, how are the grand kids?” He didn't need to say more. The message was already there, unspoken but clear. “We don't want nothing bad should happen to you.” Unless, of course, you don't play ball with us. The corruption is broad and deep. It is clear that it has infected the State Department, such that they hid evidence and lied for years while giving cover to Hillary. They are still doing so, and will, even if the case actually comes to a trial. It is the corruption of American institutions that is so hurtful.

More on officer Byrne and the Loretta Lynch meeting on page 2: