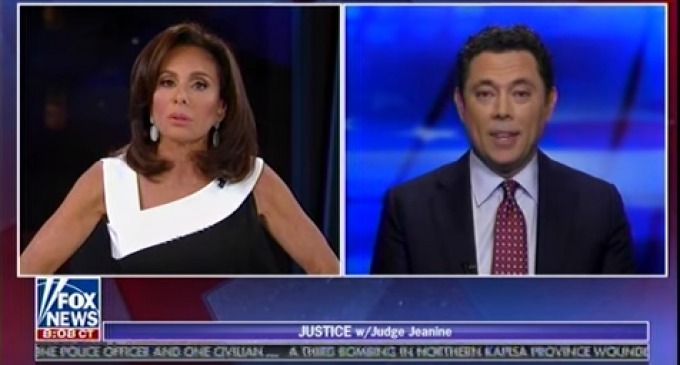 There is no denying that Attorney General Jeff Sessions is a man trying to maintain the peace between the fractured Republican Party and the Leftocrats who have been at odds in a tri-directional force that threatens to tear apart the entire Establishment.  God forbid the Establishment is damaged to the point of having no viable way of recovering!

This careful tip-toeing across the great divide on a tightrope by Sessions is causing many people to wonder if he is the right guy for the job.  I ask myself, “What would Rudy Giuliani do in this case?  Or Trey Gowdy?  Or even Chris Christie, for that matter?

Would they be cow-towing to the Establishment?  Possibly Gowdy.  Maybe Christie.  But Giuliani?  No way.

The point is, why is Sessions tap dancing around the issues that require the most urgent attention in the way of prosecuting wrongs that were blatantly committed by politicians and their useful idiots?  As pointed out recently on Fox News' Justice with Judge Jeanine Pirro by guest Jason Chaffetz (former US Representative from Utah), even the Eric Holder Fast & Furious gun-sales-to-cartel deal that he authorize under President Barack Hussein Obama, is fast running out of time.  As Judge Jeanine put it, “The statute of limitations on that case is fast approaching!”

So, what was the grand revelation that Chaffetz had for Pirro in reference to Sessions?  The Attorney General will not be seeking prosecution against a host of issues on the backburner, including Fast & Furious, the IRS Targeting scandal, the Clinton illegal email server discovery, nor even the Clinton Family Crime Foundation pay-for-play scandal!

Turn to the next page for more on this crazy announcement and video!