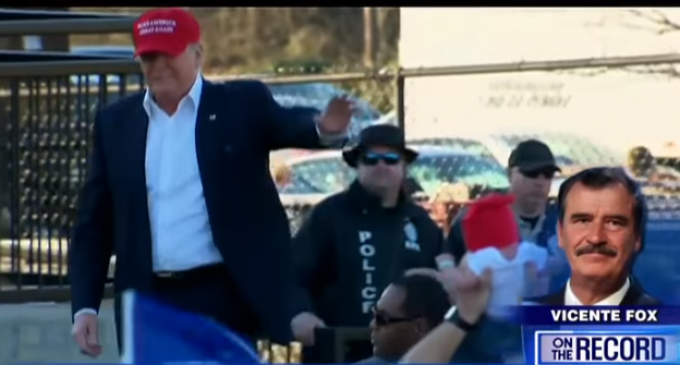 “I’m not going to pay for that f*cking wall! He should pay for it. He’s got the money,” he told Fusion in an interview.

In Trump like fashion, he tweeted back, “FMR PRES of Mexico, Vicente Fox horribly used the F word when discussing the wall. He must apologize! If I did that there would be a uproar!”

Now, in an interview with Greta Van Susteren, “On the Record,” Fox made some very harsh statements, for which Trump may demand another apology.

Greta asked him, “I read over the weekend that you referred to Donald Trump as…like, Hitler. Ws that just you getting hot under the collar or do you believe that?”

Read Vicente Fox' response on the following page.  Spoiler alert… he does believe it!