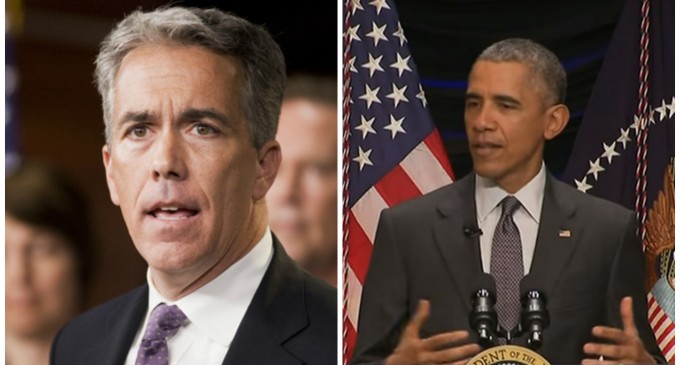 Former Congressman Joe Walsh indicated Thursday on his Twitter account that “On Monday, Obama, on his own, to go after guns. It’s war. Defy his executive actions. Time for Civil disobedience.” There is no question that the president is out of control, and that when thwarted by minor details like the Constitution and the will of the people, he is more than willing to implement executive orders that are generally misguided and uninformed. It is surprising that a former congressman would call for civil disobedience, but it is representative of the frustration citizens are feeling with this arrogant and out of control president.

Obama has used the murder of 14 people in San Bernardino by a radicalized Muslim couple to call for greater gun control. He grossly confuses the issues in an effort to disarm the American public. He refuses to acknowledge that terrorism and Islam are somehow linked, and will not use the two words together. The public, however, is most concerned with Islam, which has promised to come to the U.S. and kill those who will not submit. That is a powerful motivation to become armed and to prepare for the threat that is clear and imminent, especially after the slaughter in San Bernardino. The 14 victims of the Muslim shooters were unarmed. Obama seems to prefer that we all have the same fate should other killers cross our paths.