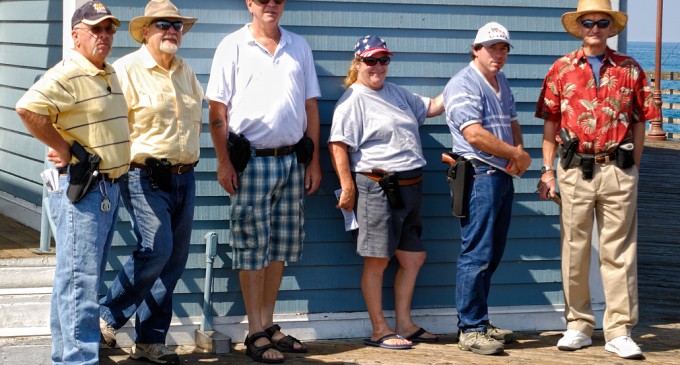 If you asked most U.S. citizens what concerns them most about their safety and welfare, they would answer that street crime and break-ins are number one, and many have actually experienced a burglary or an assault, so that makes sense.

These days, given the murderous attacks in San Bernardino, the Boston Marathon, and a few years ago, down in Texas, with the perpetrators all shouting Allahu Akbar, it would be reasonable to assume that Americans are concerned about Islamic terrorism and the potential for unexpected and deathly encounters with jihadis with whom they have no experience.

But the federal government sees a new threat, one that almost no one would mention. But there is a movement afoot by the U.S. Justice Department to combat what it sees as a threat from domestic anti-government extremists. For those of you who have not been following the story, there was a group of ranchers who occupied a remote wildlife refuge in Oregon recently. The ranchers were armed but threatened no one, and the government was flummoxed on how to deal with the problem They ultimately forced one of the ranchers into a snow bank as he was driving to meet with a group in a nearby town and shot him do death as he climbed is way through deep snow.

The government is now in the process of arresting 50 or 60 others that were part of the rebellion, and it is clear that they intend to control the participants with overwhelming force like jack-booted thugs. The message is clear… citizens will submit, no matter what their grievances, because the government is in charge. And the incident is not as isolated as one might think, as citizens throughout the nation wonder at how broad and expansive government powers have become.