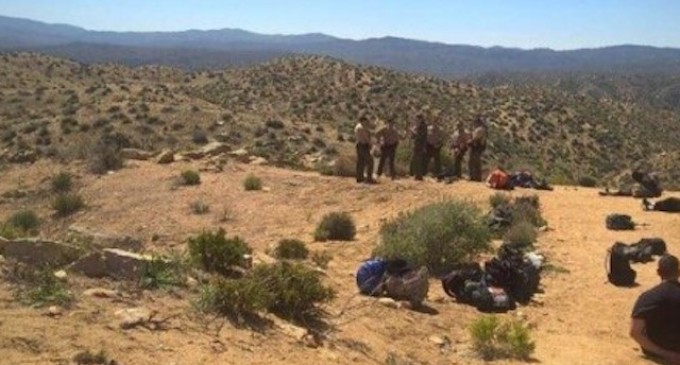 The Mojave Desert is home to Edwards Air Force Base and several other military installations, so when reports come in that 17 Middle Eastern men are shooting guns and up all night chanting ‘Allah akbar' in this remote California landscape, it is unsettling.

Calls came into the the Victory Valley Sheriff's Station alleging that over one-hundred shots were fired.  One police officer, over the police scanner, was heard saying, “They were up all night chanting ‘Allah akbar’-type stuff.”

The local news paper, Victorville Daily Press, interviewed a hiker who was enjoying the Deep Creek Hot Springs when the incident occurred.  Read his eyewitness account on the next page.