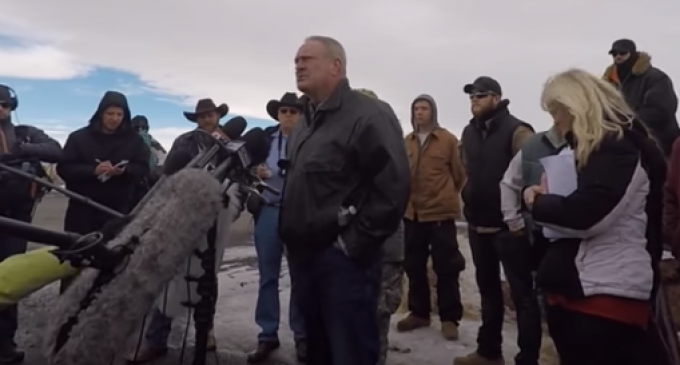 The standoff in Harney County, Oregon keeps getting stranger. The government appears to be lying to the townspeople, and a judge has now said they will be fining Ammon Bundy $70,000 per day for “expenses” incurred by law enforcement who are surrounding the property the demonstrating ranchers are occupying to “ensure the safety of the townspeople.”  The government is also pitting locals against one another, and making sure that it is difficult for them to get together to discuss the issue.

In the following video, the Harney County Fire Chief resigns and outlines the attempts that have been made to keep him quiet and out of the way. It is clear that Chief Chris Bryles loves his town and the area, and he served as fire chief for many years, with the objective of keeping the people and the surrounding area safe. It is clear that he is upset with government intrusion and misstatements that are intended to vilify the ranchers occupying the Malhuer Wildlife Refuge building and cast them as violent, lawless desperadoes, which is clearly not the case.

Chief Bryles is so passionate about the situation and what he sees as a miscarriage of justice and government overreach that he resigned from his job.

He has also done some investigating of his own and made a shocking discovery that he shares about eight and a half minutes into the video on page 2.