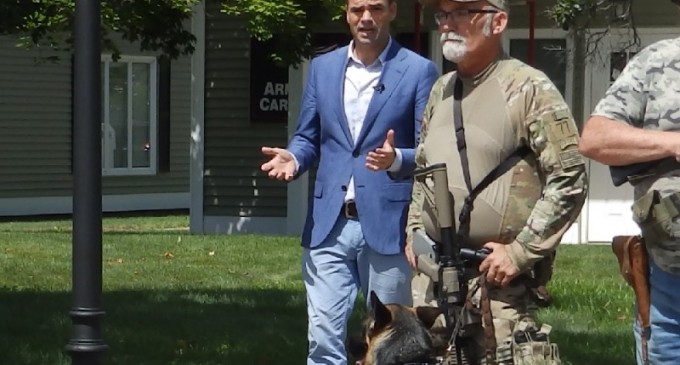 The federal government is determined to silence and incarcerate anyone involved in the Oregon wildlife refuge demonstration and the Cliven Bundy ranch standoff, neither of which led to violence or injury caused by the protesters. On the other hand, federal agents shot and killed (murdered) LaVoy Finicum in the Oregon refuge incident, and they are now rounding up and trumping up charges against anyone who dares challenge the royal primacy of the government in western states where the Bureau of Land Management, the Forestry Service, and the feds are gobbling up land at unprecedented rates and forcing ranchers off property used to support family businesses for decades.

It is nothing but a show of raw power and a tip of the hat to powerful and wealthy environmental groups who think that no one should have access to rural, open lands but the Sierra Club and the Forestry Service, citizens and businesses be damned. The latest citizen to be taken into custody is Jerry DeLemus, a member of the New Hampshire Tea Party organization.