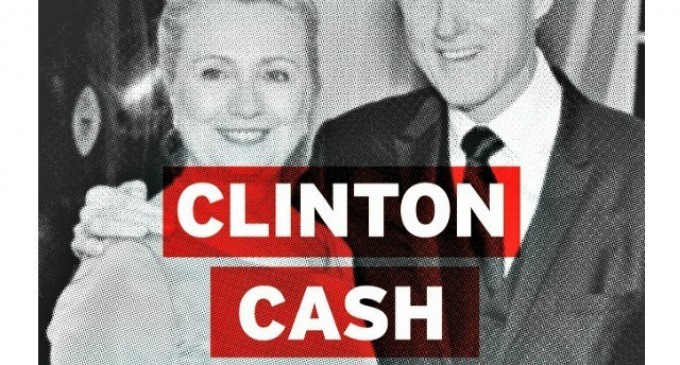 Hillary Clinton that ought to be quaking in her pantsuit, as former U.S. Attorney for the District of Colombia, Joseph diGenova, has an excoriating assertion stated during a Judicial Watch panel discussion.

“When Mrs. Clinton ordered the deletion of over 30,000 emails, that was a crime,” diGenova said. “She stole government property.  Now those deleted emails, it is my understanding, are being recovered.  There not even part of this litigation.  Nobody knows what’s in those 30,000.  She has said they were personal.  Guess What? She considered the Clinton Foundation to be personal.  That's what's in there, its' Clinton Foundation stuff.  And the fact that FBI agents are now assigned to, first thing they are told is read Clinton Cash, the book, and then come and start your investigation.  Start looking at Boeing and what Boeing did to get a multi-million dollar contract.”

View the video on the next page and see why the book has become a textbook for the FBI.