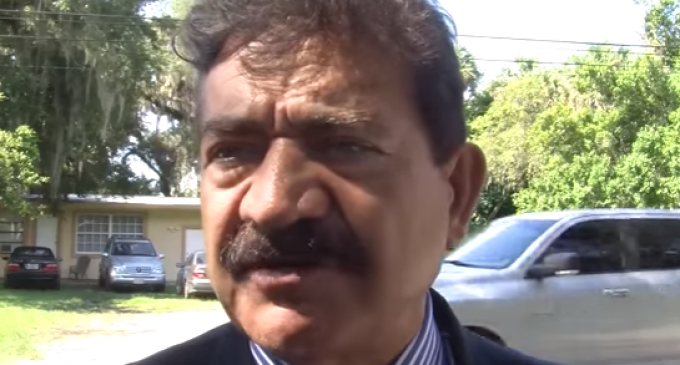 The wife of Omar Mateen, Noor Salman, has disappeared.  With evidence being gathered against her after she told the FBI that she was with Mateen when he bought ammunition and a holster, and that she had dropped him off on at the Pulse Nightclub at an earlier occasion, it appears she has gone into hiding.

Reporters have been camping out in front of the Fort Pierce home where Mateen family members are gathered.  On Wednesday, Seddique Mateen, the father of Omar, told reporters that Noor Salman was “no longer here”, in fact, no longer in the area. Of course he would not divulge where she had gone.

Senior Mateen asked reporters to leave the Fort Pierce home, as they have been outside the house Tuesday and Wednesday.

Read the rest of the story on the next page and view the interview with Seddique Mateen as he explains where his daughter-in-law went.