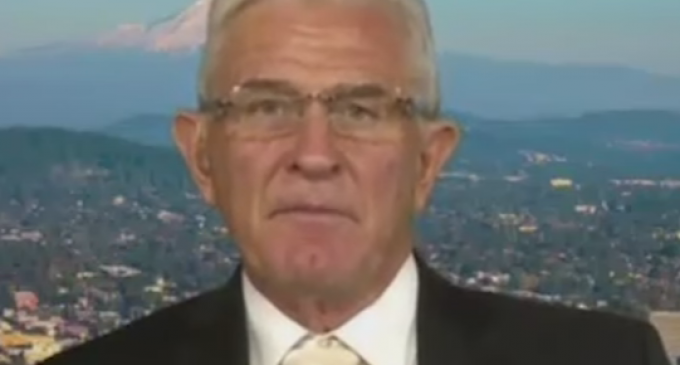 After sliming and smearing the families of the four Americans killed in Benghazi in every single way, yet another parent of one of the victims' has hit right back at Hillary Clinton.

Unlike some of the Benghazi victim relatives, Charles Woods actually had the chance to meet Hillary Clinton. Meeting at a ceremony for the slain, their encounter started off nicely enough, with the then-Secretary of State hugging Woods and expressing sympathy for his loss.

But Woods was shocked when, instead of placing the blame on the terrorists who attacked the American consulate, she promised to bring the filmmaker behind the movie incorrectly blamed for the attacks to justice. Not only that but shortly afterwards, she was on national television repeating the same falsehood to the entire country. So shaken by the incident was Woods that he wrote about it in his diary, part of which he read from on CNN.

See Woods read from his diary on the next page: