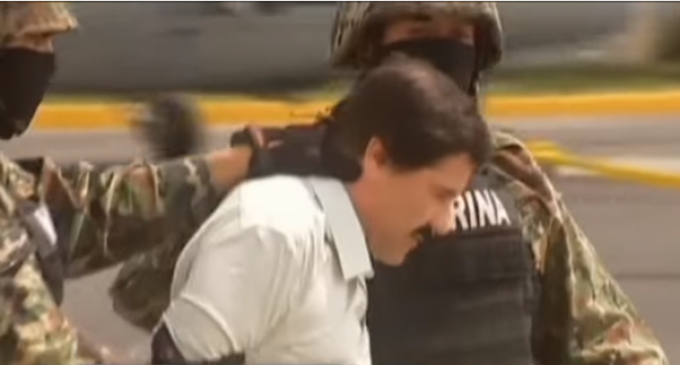 Joaquin ‘El Chapo' Guzman, the notorious Mexican drug lord and prison escapee who was recently recaptured, was found to have been the recipient of a .50 caliber rifle that was part of the Fast and Furious gun running cache concocted and promoted by the ATF and the Obama administration.

The program was created to funnel weapons to the drug cartels in Mexico with the aim of following the weapons back to the criminals involved in drug running into the U.S. Thousands of weapons were sold, including 34 of the .50 caliber rifles that are powerful enough to take down a helicopter. The plan was a disaster as the ATF lost track of 70% of the weapons, allowing criminal elements to heavily arm themselves in Mexico, a country with very strict gun laws.

The Fast and Furious program was such a poorly planned and executed program that Republicans in Congress demanded more details and documents showing how it spun out of control so badly, and who was responsible for the failures that led the the deaths of a number of people, including a U.S. border patrol agent. Attorney General Eric Holder refused to turn over the requested documents and spent several years hiding information and denying requests for documents by the Congress, for which he was ultimately held in contempt of Congress.

However, no punishment was ever meted out for his outrageous behavior and refusal to provide the requested documents.