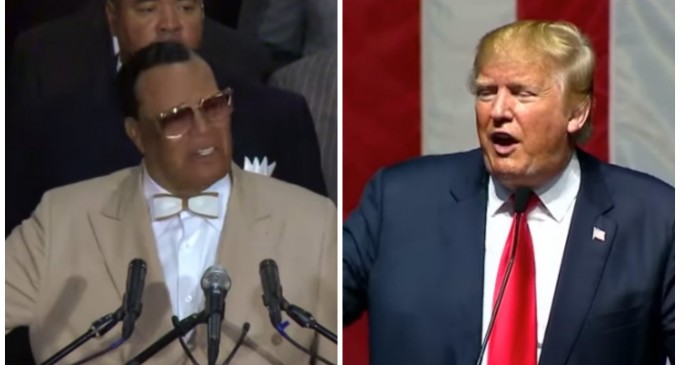 Minister Louis Farrakhan, who has led the Nation of Islam since 1977, preaches an anti-white theology and is virulently anti-Semitic, blaming most of the worlds problems on Jews and demanding compensation and acquiescence to his bizarre and quixotic objectives.

He calls for a black state separation, with an independent black nation created in the United States, freedom from taxation, and prohibition of “race mixing.” He also holds that the original race of humans was black, and that whites were created by the evil black scientist Yakub. Whites, according to Farrakhan, are naturally deceitful and murderous. Farrakhan has taught that there are alien spaceships that will return to the earth at the end of times, which he believes is imminent.

Farrakhan has shown himself to be a showman, able to draw crowds and lead the Nation of Islam in spite of his outrageous claims and his wide ranging threats against a variety of organizations, including the far Left Southern Poverty Law Center.

He has now leveled his sites on presidential candidate Donald Trump, and he recently delivered a message via a video on his Facebook page which was both complimentary and inflammatory.

See page 2 for more on Farrakhan: