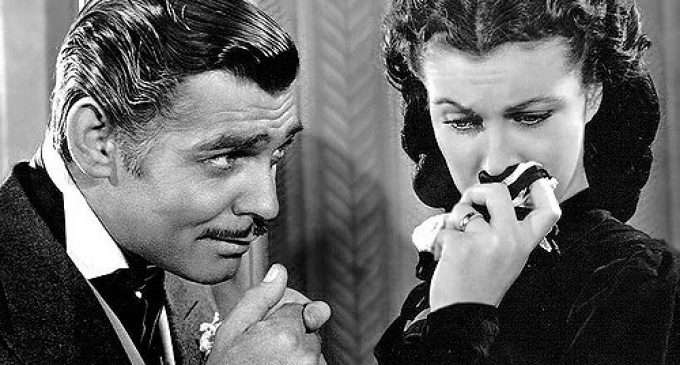 Gone with the Wind is now being banned. Of course, it triggers liberals. It is a film about a selfish headstrong woman who ends up childless and deserted in pursuit of an empty fraudulent delusion while pushing away the man who truly loved her. That and the fact it paints a semi-historically accurate picture of what slavery and discrimination were like for African-Americans 150 years ago. And as we all know, liberals don’t want BLM or any other minority victimhood protest group to get and ideas as to real discrimination.

Furthermore, before we dive down into all of the politics and drama going on surrounding Gone with the Wind, we have to ask one important question.

Why are we supposed to base our feelings around films or television shows? I mean, I for one, sure as heck don’t think I’m actually getting raped or being used as nothing more than an object every time I watch Game of Thrones. And is Robin Hood Men in Tights discriminatory towards horses for depicting these creatures in the film with coconuts? Should horse owners be offended?

Let’s ask the board of directors at the Orpheum Theatre Group in Memphis, Tennessee. And before you head over to the next page, here is a warning, their answer is harder to handle, and more polarizing than the ending of Gone with the Wind itself! Head on over to the next page to learn more about the censorship of classic films and how long it will be before even the purchase of these classics are banned.

Head on over to the next page to learn more about the censorship of classic films and how long it will be before even the purchase of these classics are banned.