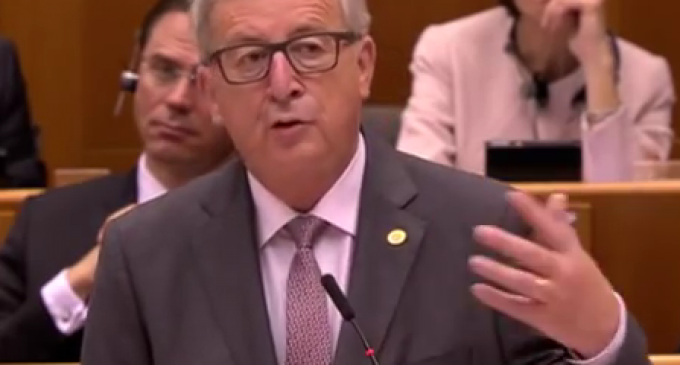 Everyone's favorite political drunk is at it again. Jean-Claude Juncker's career has had no shortage of awkward and often hilarious moments.

Just last month he tried to convince the Greek Prime Minister to wear a tie, patted the belly of the minister president of Germany and then kissed the Belgian Prime minster, all while teetering around and laughing like he'd had a few too many drinks (and he probably did).

In case you're wondering who Jean-Claude Juncker, he's the President of the European Commission, and he's obviously upset about the Brexit, but not for the same reasons everybody else is.

During his post-Brexit speech, he expressed his concerns for the future by confirming that he hears UFOs. It all makes sense now. Juncker is to politics what Randy Quaid was to Bill Pullman in Independence Day.

Read his speech for yourself on the next page.