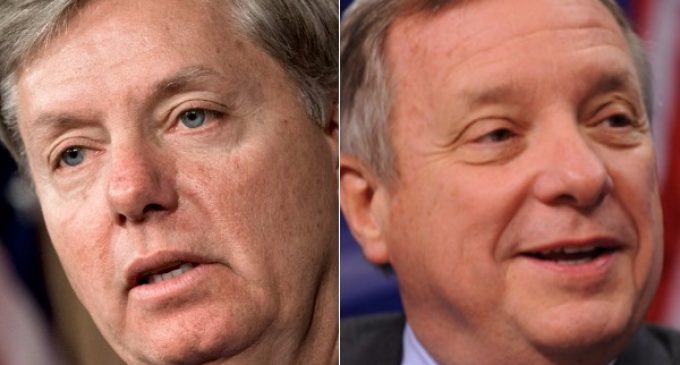 Republicans are so afraid of looking mean, they're abandoning their conservative principles.

If the left is good at one thing, it's demonizing Republicans. They recklessly hand out government aid when they're in power, then call scold Republicans when they try to take it away.

Most notably, they're doing it with health care. Obamacare has proven itself unsustainable, but Democrats have called Republican efforts to stabilize the health care system “cruel” because it would kick people off government subsidies.

And that's not the only place where Democrats are utilizing the tactic. In 2012, Obama implemented DACA, a policy that would allow illegal immigrants to remain in the United States if they were brought into the country at a young age. It was once believed that Republicans would end the practice if they won in 2016.

Well, they did win, but DACA isn't going away. Instead, Some Republicans are trying to look “compassionate” by writing parts of the program into law.

Read about their plan to help “DREAMers” on the next page: