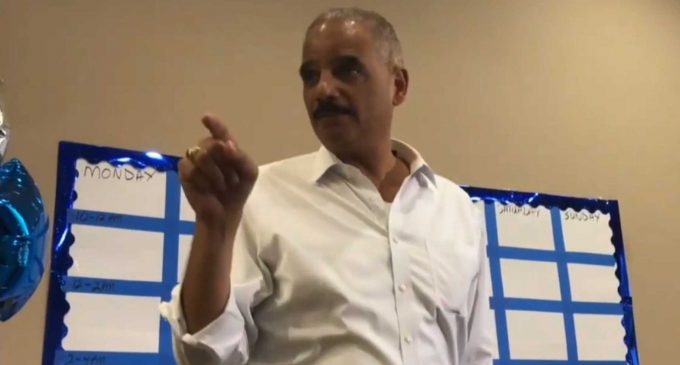 Former Attorney General Eric Holder is joining the chorus of liberals calling for violence against conservatives. At a campaign event for Georgia gubernatorial candidate Stacey Abrams this week, Holder said that when Republicans “go low,” Democrats should “kick them.” The comment drew applause, cheers and chants of “fight” from the crowd.

It seems that Dems won't be happy until the country has fallen in civil war.

Holder's violent rhetoric surfaced online just a day after Hillary Clinton said something similar during an interview. “You cannot be civil with a political party that wants to destroy what you stand for, what you care about,” Clinton said. “That's why I believe, if we are fortunate enough to win back the House and or the Senate, that's when civility can start again. But until then, the only thing that the Republicans seem to recognize and respect is strength.”

On the next page you can see Holder' call for violence: