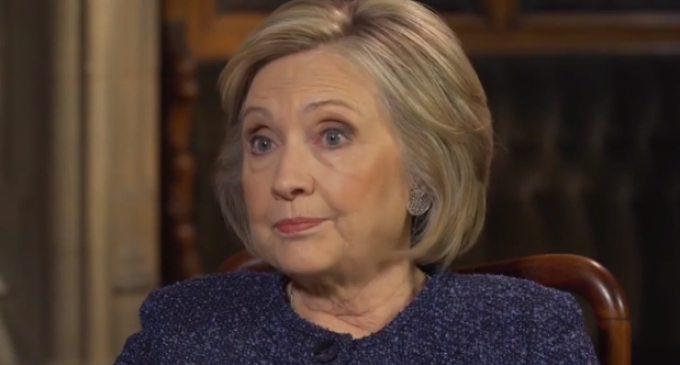 Hillary Clinton attempted to draw a contrast between the sexual misconduct allegations against her husband, former President Clinton, and those aimed at President Trump during an interview with CNN’s Christiane Amanpour on Tuesday.

The allegations of rape and sexual assault against Bill Clinton were leveled during his eight years in the White House. Paula Jones, Kathleen Willey and Juanita Broaddrick all accused Slick Willie of sexual misconduct. Bill’s affair with White House intern Monica Lewinsky came to light during Paula Jones’ lawsuit against him and he was impeached after he lied about his relationship with Lewinsky under oath. Hillary has been accused of ‘destroying the lives’ of Bill’s mistresses and victims. Broaddrick has never given in to any such threats that may have occurred and has long been vocal about the alleged rape.

Turn the page to see Hillary reject comparisons between Bill and President Donald Trump as well as Broaddrick’s response to Hillary.