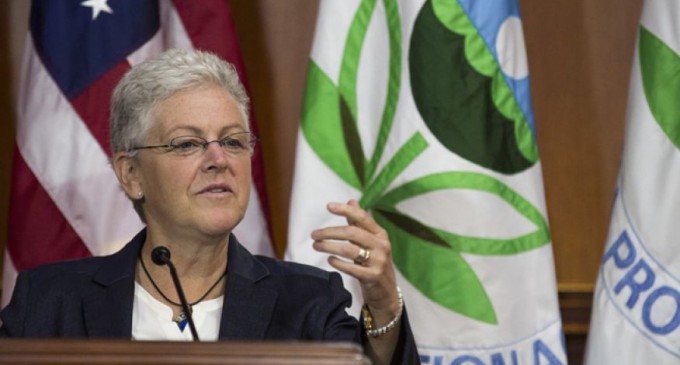 The EPA has announced it will assume the power to “garnish non-Federal wages to collect delinquent non-tax debts owed the United States without first obtaining a court order.”

This would complete their Orwellian circle.

The EPA has also recently made changes to the Clean Water Act which labels a collection of water as small as a puddle as ‘navigable', which gives them unprecedented power over your property – as Judge Napolitano states, “it's the equivalent of the government taking the property.”

The EPA utilizes satellites and drones to discover ‘infractions'. We have already seen a case where a man was fined $75,000 for a small pond without the EPA even stepping foot on his property.

So they could end up citing you for some ‘problem' using a drone, send you a fine in the mail and if you refuse to pay they will garnish your wages…all without judicial oversight.

The notice from the EPA that states they can garnish your wages also states that it will fast track the process to have this Orwellian power in place by Sept. 2nd UNLESS it receives sufficient public outcry by Aug. 1st.

The EPA has claimed this new authority by citing the Debt Collection Improvement Act of 1996, which gives all federal agencies the power to conduct administrative wage garnishment, provided that the agency allows for hearings at which debtors can challenge the amount or the terms of a repayment schedule.

In response to the report, an EPA spokeswoman also pointed to a Department of Treasury rule from 2011 outlining debt collection for various agencies, including the EPA.

“Administrative Wage Garnishment (AWG) would apply only after EPA attempts to collect delinquent debts and after Treasury attempts to collect delinquent debts through other means,” the spokeswoman told FoxNews.com. The spokeswoman added that the agency would provide notice “prior to any action,” giving the debtor the opportunity to “review, contest or enter into a repayment agreement.”

The plan has drawn protests from conservatives, including Sen. John Barrasso, R-Wyo., who told The Washington Times, “The EPA has a history of overreaching its authority. It seems like once again the EPA is trying to take power it doesn’t have away from American citizens.”

The conservative Heritage Foundation claimed that the rule gives the EPA “unbridled discretion” over the process of challenging fines. David Addington, group vice president for research at Heritage, told the Times that the rule not only puts the burden of proof on the debtor, rather than the agency, but also allows the EPA to decide whether a debtor even gets a chance to present a defense before picking whomever it chooses to serve as a hearing officer. 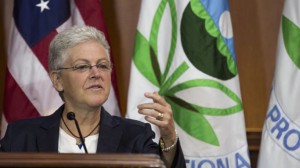