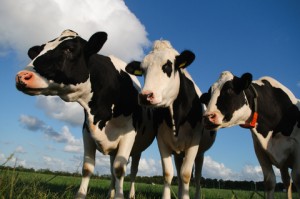 Climate change is well-documented to be the greatest scientific fraud perpetrated upon the world – with everything from widely manipulated data to ever-expanding Arctic sea ice to the admission of it as a fraud by the UN. The EPA uses this fraud to target methane gas, citing that methane increases the greenhouse effect even moreso than carbon dioxide.

New rules on methane will force the oil and natural gas industry to cut emissions by up to 45 percent by 2025, even though methane emissions have been decreasing dramatically without governmental meddling. Methane gas emissions have fallen 40 percent since 2006, according to the agency’s own estimates.

This summer the EPA will announce its first rules targeting methane directly under the Clean Air Act.

The EPA tried and failed to regulate cow flatulence a few years back with a ‘cow tax', stating that flatulence, belching and exhaling by livestock is a great producer of methane.

We will likely see a renewed effort to go after the dairy industry again with the precedent it sets in successfully enforcing methane regulation with the oil and gas industry.

The reason the EPA is hot to control the dairy industry is summed up in this infamous quote:

“Of all domestic animal types, beef and dairy cattle were by far the largest emitters of [methane],” according to an EPA analysis charting greenhouse gas emissions in 2012. Cows and other animals produce methane through digestion, which ferments the food of animals.

“During digestion, microbes resident in an animal’s digestive system ferment food consumed by the animal,” the EPA notes. “This microbial fermentation process, referred to as enteric fermentation, produces [methane] as a byproduct, which can be exhaled or eructated by the animal.”

MOVE ON TO PAGE 4 – Puddle Regulation: