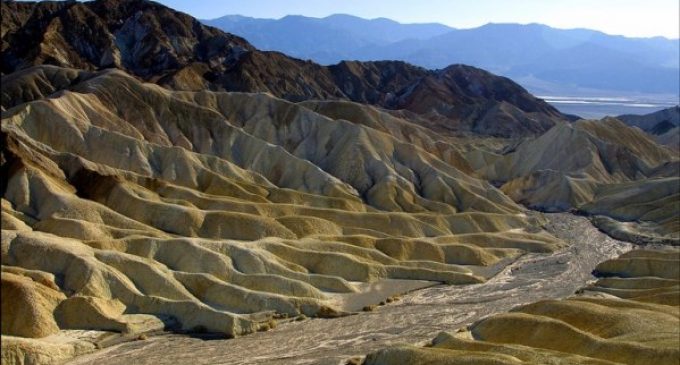 Lawmakers and land-owners are worried that the Obama regime's newest attempt at government control of what is now private property would allow the EPA in conjunction with the Bureau of Land Management, the Department of Energy and the Army to dictate on a never-before-seen scale everything from grazing rights, food production, animal health and the use of energy on private lands. Naturally, we are supposed to believe this shift to federal control private and state land is benign, but have these agencies proven to be benevolent in the past?

Why are farmers and lawmakers worried? The Environmental Protection Agency is requesting jurisdiction over all public and private streams in the United States that are “intermittent, seasonal and rain-dependent.”

Let that sink in for a minute:

The EPA wants control over all land that is currently owned by States or private citizens, that has rivers, streams, or creeks on it or has in the past.

The EPA and the U.S. Army Corps of Engineers in late March jointly released a proposed rule, Waters of the United States, in an effort to clarify which streams and wetlands are protected under the Clean Water Act.

A statement issued by the EPA says “the proposed rule will benefit businesses by increasing efficiency in determining coverage of the Clean Water Act.”

But some lawmakers strongly disagree.

According to congressional budget testimony last week, Waters of the United States would give the EPA authority over streams on private property even when the water beds have been dry, in some cases for hundreds of years.

Calling it “the biggest land grab in the history of the world,” House Appropriations Committee Chairman Rep. Harold Rogers, R-Ky., said the “economic impact of that would be profound.”

“A community needing to build on private land that had on it one of these so-called streams that you considered a waterway under the new rule would have to travel thousands, hundreds of miles to D.C., to get approval,” Rogers said.

The congressman argued it “would absolutely freeze economic activity in this country.”

Rogers said the proposal is “proof in and of itself of the mal-intent of this administration toward the private sector.”

She said the rule is currently posted on the EPA website for a 90-day commenting period and the scientific basis to support it has not been completed.

The proposed rule tinkers with the definition of “navigable” waters, which was the central point of litigation in a battle between the Supreme Court and the EPA regarding the Clean Water Act.

“We are clarifying protection for the upstream waters that are absolutely vital to downstream communities,” McCarthy said.

“Clean water is essential to every single American, from families who rely on safe places to swim and healthy fish to eat, to farmers who need abundant and reliable sources of water to grow their crops, to hunters and fishermen who depend on healthy waters for recreation and their work, and to businesses that need a steady supply of water for operations.”

Jo-Ellen Darcy, assistant secretary of the Army for civil works, argued the nation’s waters and wetlands “are valuable resources that must be protected today and for future generations.”

In effect these changes would give sweeping powers over nearly any land the EPA or BLM decided to target, and we have recently seen how responsible they can be, over in Nevada at the Bundy Ranch. In a tactic that has become more and more common, these government agencies are using friendly-sounding programs established with real beneficial intents (like the Clean Water Act) as their diabolical political tools.