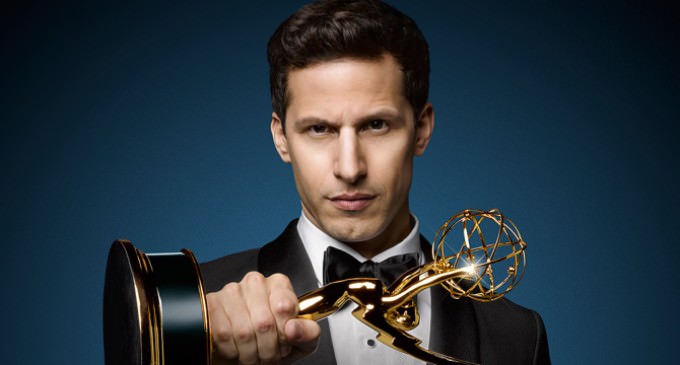 It takes two to tank. Andy Samberg, is now the former almost everything at this point, after bombing the Emmy Awards show to its absolute lowest TV ratings EVER. Case in point, he delivered a series of one-liners about industry diversity, sexism, ageism, and politics, including jokes about Trump. More unfunny material from Sanberg on the next page: