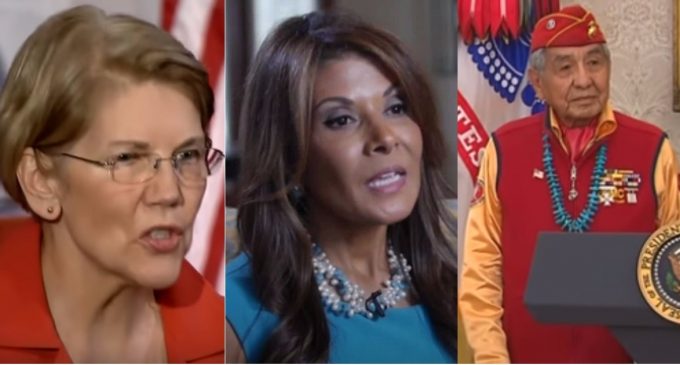 You might be a liberal IF you think this woman right here is actually a Native American just because she claims to have “great cheekbones” and a great granddaddy who loved to spin a few tales. But, to the rest of us sane folks, it is clear what type of a specimen we got standing right here before us.

It's not Bigfoot, it's not the Dog Man's sister, it's Fauxohontas.

The Democratic party has no moral high ground left when the least racist person they can throw out to smear the President is a blonde-haired, blue-eyed woman who claims she's always felt like theirs a little Indian in her.

Liberals only know one way to talk down to minorities. They are the ones who actually have never yet to figure out how to interact with all of God's children. Much like Hillary Clinton throwing a few packets of hot sauce in her purse and calling it a day in regards to gaining the African-American vote, Elizabeth Warren thought pretending to be an Indian was the best way to go about being “woke” and all that other liberal two-faced baloney.