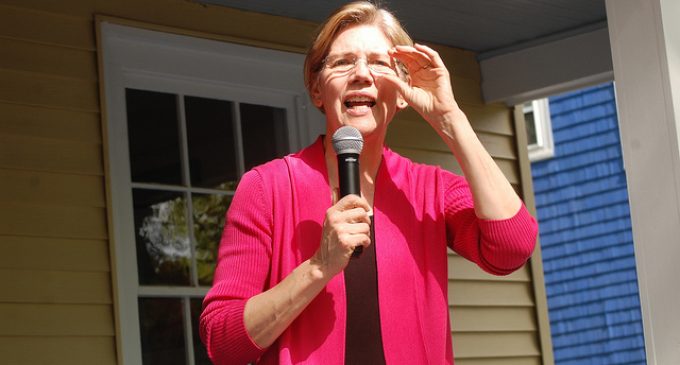 Elizabeth Warren (D – MA) is facing a bit of an uncomfortable predicament. You remember how Hillary awkwardly boasted on the 2016 presidential campaign trail about always carrying hot sauce in her purse, in attempts to pander to black voters? Well, Warren is in something of the same predicament except much worse and humiliating.

Clinton’s gaffe was nothing more than a racist old liberal elite trying to hide her superiority complex under the guise of friendship with the African-American community. As let’s get serious. When’s the last time Hillary Clinton carried her own purse? She probably actually meant to say I always tell my assistant to put a bottle of hot sauce in my purse when heading out to take advantage of the naive blacks.

And pumping up their egos is one of the many ways Democrats attempt to appeal to ethnic minorities. That’s exactly why cultural appropriation and white bashing is the new liberal version of furthering racial equality. You can’t be an edgy Democratic these days without laying claim to some type of victimhood or minority.

And Senator Warren wanted to one up her game. It wasn’t enough anymore to just be a woman in politics. She needed to be more of a victim to keep her grip on her district. Re-election isn’t always easy for long-time senators when they’re as incompetent as Warren. Find out exactly what happened to this “Pocahontas” when she found out the ethnicity of the Republican candidate running against her on the next page