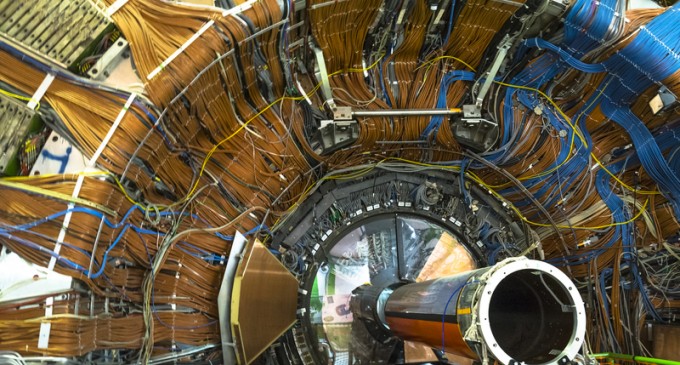 Science is a fascinating subject, not just for the knowledge it produces, but also the for the endless debating is brings about. For example, the CERN Large Hadron Collider has been the subject of both praise and scrutiny since its creation. Originally intended to study matter at a subatomic level, many now fear that they're opening doors to things they weren't supposed to, unlocking knowledge that man was never mean to have. And some believe that metaphorical door to be real.

According to a conspiracy theorist with too much time on their hands, the recent cloud formation over CERN is actually a portal to another dimension. The circular cloud formation is breathtaking and frightening at the same time. Since the facility discovered what they call the “god particle” they believe themselves to be beyond reproach, which is dangerous considering that if something were to go catastrophically wrong, the damage could extend for miles.

Read more about this cloud formation on the next page.