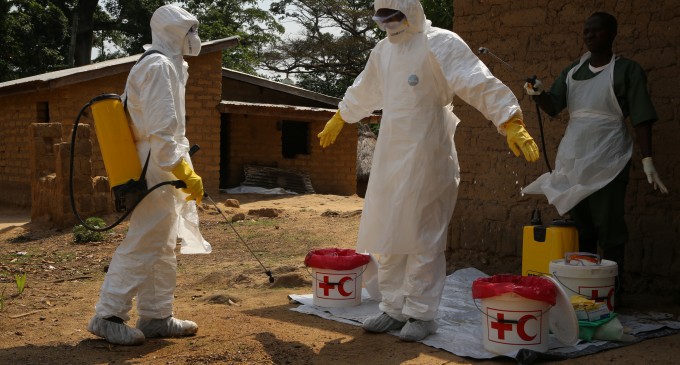 What's up with the current Ebola situation?

Is it really a threat to ‘all of mankind' or is it just another bird flu/swine flu/West Nile/SARS/etc scare tactic by the mainstream media to keep us distracted from what's really going on?

The regular old flu kills  between 250,000 and 500,000 people every single year. The Ebola has reportedly killed 456 people this year, but it's hyped as the next possible pandemic.

Take a look at the analysis below by Infowars, it's well thought out.

What we do know is that our southern border is wide open to any element that's antagonistic to the United States and border agents are coming forward to tell us that we are indeed being invaded by these elements.

People like Zach Taylor, a 27 year veteran border patrol agent who states that the border crisis is part of a larger plan to allow terrorists and other hostile forces to enter the US.

Or National Border Patrol Council spokesperson Albert Spratte, who states that they are apprehending people and entire groups from exotic nations such as Bangladesh, Nepal, and Sri Lanka.

The fact is that we are being invaded. The theoretical is that Ebola is going to kill everyone on earth unless our government ‘comes to our rescue.'

Keep your eye on the ball!

So let’s look at the total for confirmed Ebola case numbers in those countries.

Now consider another WHO report. This one is titled: “Influenza (Seasonal) World Health Organization,” dated April 2009.

It’s the WHO fact sheet on regular seasonal flu, the kind that is said to infect people globally, year after year, like clockwork.

When it comes to seasonal regular flu, the World Health Organization issues no scare reports, no dire warnings, and the press mentions nothing. Zero.

However, with 814 confirmed cases and 456 deaths from Ebola, the whole world is put on notice.

We hear about possible travel restrictions. In the US, portable disease-diagnosing machines have been passed out out to many local communities. There are murmurs about detaining people who may have come in contact with somebody who may have Ebola.

If you set aside the images and fear-mongering of the press, you begin to see this is a propaganda operation, there is a selective process at work—what disease to promote, what disease to ignore.

Imagine what would happen if WHO released a statement in which it substituted “Ebola” for “regular seasonal flu”:

The world would go crazy.

And the world does nothing.

People would respond, “Oh, but you see, Ebola is different. People hemorrhage. They bleed out and die. It’s horrible.”

Now we’re talking about the process of dying, as if that really matters.

And, with flu, when people die, they often drown in their own mucus. Is that vivid enough to rank alongside Ebola?

Ebola is a propaganda operation. 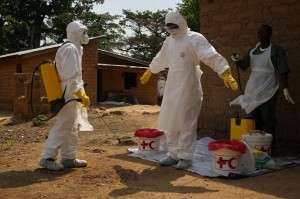