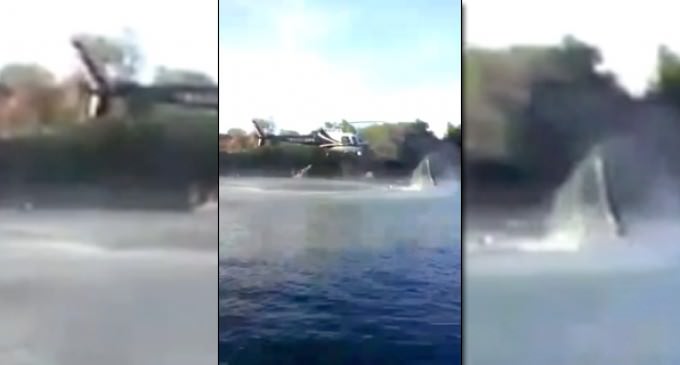 Newly surfaced footage from the Rio Grande River shows a Texas Department of Public Safety helicopter allegedly being used to flip a raft of smugglers over, who were attempting to cross illegally. The grainy video was shot by an unknown individual on the Mexican side of the border and an investigation is now underway regarding the department's safety and security protocols. This is happening despite the fact that 96 pounds of marijuana and a suspected cartel member were captured.

Read more about this incident on the next page.