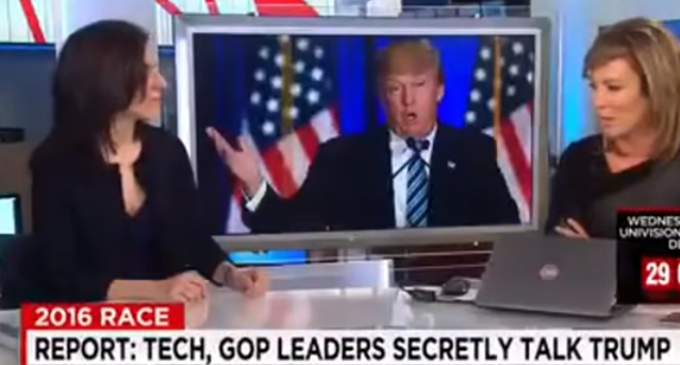 The GOP establishment has been against Trump's candidacy from the moment it began, so its a wonder why the party bosses' efforts to stop him took so long to materialize.

Likely, they were in total denial in regards to Trump's staying power. Many thought he was nothing more than a fad, and ignored him almost entirely as they focused on the candidates fighting for the second place spot.

Somewhere along the way, they realized there's no second place medal in the GOP primary race. Unfortunately for them, it appears as if they've realized it far too late. Now that Trump is way ahead in the delegate count, and the attacks from Establishment favorite Marco Rubio have had largely failed, the party is getting desperate.

In an apparent concession that they party itself is powerless against Trump, a private meeting of powerful tech CEOs and political operatives was held in secret, all with the intention of stripping Trump of the nomination.

See the details of the meeting on the next page: