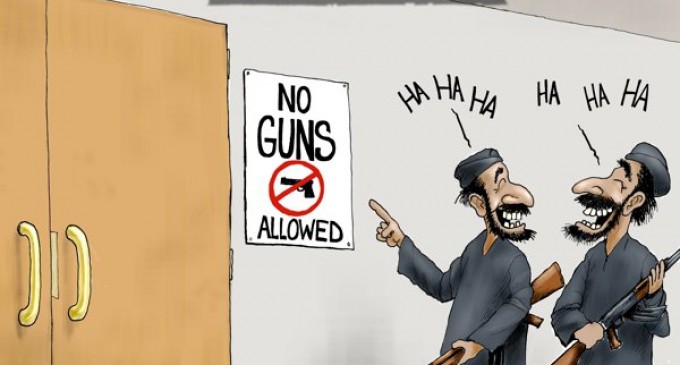 Gun free zones simply don't work. Reading a list of areas in which guns are restricted reads like a list of those most frequented by mass shootings. Chicago, college campuses, America's inner cities. All of these places are gun free, and all just happen to have the most gun violence.

Sometimes the simple conclusion is the right conclusion. The less likely the victim to fight back, the more attractive the target.

Donald Trump wants to give these people the right to defend themselves, and his simple solution may just be the way to solve out country's problem with gun violence.

It may sound counter-intuitive to end gun violence by increasing gun volume, but would you rather pull a gun on someone who is unarmed, or someone who is likely to shoot back?

Read Donald Trump's statement on the next page: