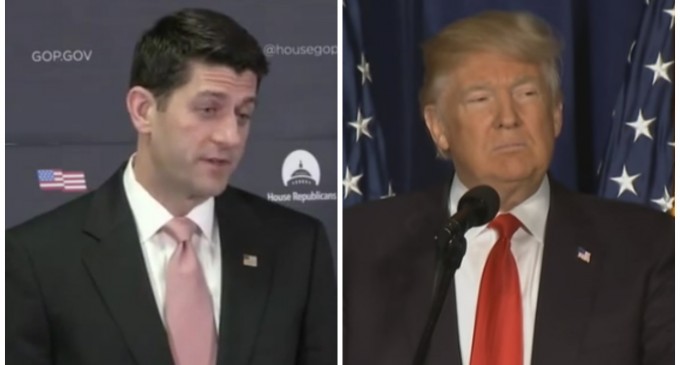 With the GOP nomination all but sewed up, Donald Trump is pushing back against intensified criticism from the party's panicking establishment.

Horrified that conservatives have overwhelmingly picked the populist candidate to represent them in November in spite of their efforts to force moderates like Jeb Bush and John Kasich on them, Republican leaders like Speaker of the House Paul Ryan have sought to delegitimize the presumptive party nominee.

Despite prefacing his remarks about Trump with a disclaimer that he didn't want to “underplay” the candidate's stunning victory, Speaker Ryan proceeded to do just that, saying that the real estate tycoon “inherited” the GOP, as if it had been granted to him by beneficent party insiders.

Right on the face of it, it's a laughable claim, given the contempt with which the Republican establishment regarded Trump and the lengths to which they went to deny him the nomination. Almost immediately, Trump tore into Ryan's statement, tweeting that he “didn't inherit it, I won it with millions of voters!”