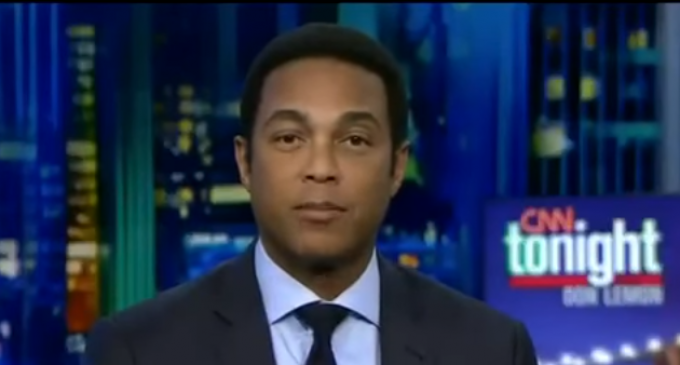 CNN race baiter in-chief Don Lemon is desperately trying to regain his journalistic street cred after that infamous New Year’s Eve special where he got so drunk he could barely wipe away his tears over being single while stumbling through the streets looking for a man to pierce his nipples. For most “journalists”, this would mean they’d never work again. But, for an organization like CNN, this was just a candid offset snapshot of the integrity of their employees.

Now with President Trump looking to strike a bipartisan deal to address catastrophic immigration reform problems, Lemon has a job right up his alley.  The whole world took a collective eye roll [or a *gasp* depending on one’s political persuasions] when Sen Dick Durbin (D) of Illinois rushed out of the private cabinet as fast as little legs could carry him to tell “journalists” he’d heard President Trump say a naughty word while discussing immigration.

Don Lemon was up to the job of interpreting what this naughty word really meant for his loyal group of 12 devoted viewers congregating down at the local drag club.

Head on over to the next page to learn how the mainstream media is spinning this alleged remark to mean the President is the vilest man on the planet.