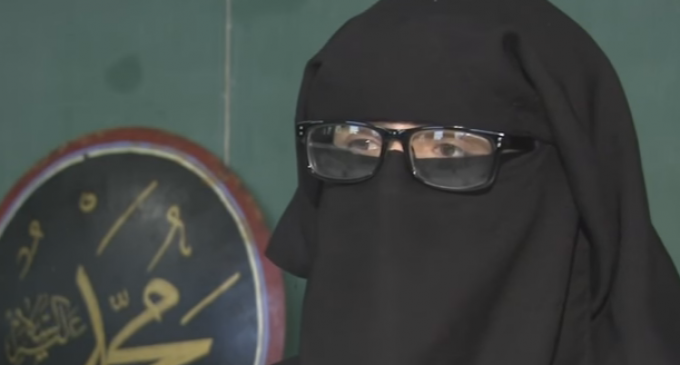 No shoes, no shirt, no service, or in the case of a store in Indiana, no hijab if you want service. Dollar Family store refused service to a woman wearing the Muslim niqab and a hijab.  The manager told the woman, due to crime in the area,  she needed to remove her face covering or she must leave.  She also informed her that should she not leave, she would call the police.

Sarah Safi videoed the exchange, telling the clerk that in America she has freedom of religion and speech that protects her against discrimination.

The concern regarding crime is a legitimate. Recently, a store in Dearborn, Michigan was robbed by three women wearing burqas and hiding their loot under their robes.

Find out more of the story on the next page.