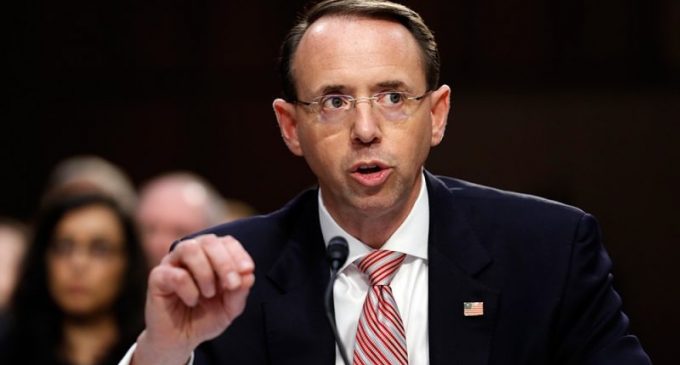 The Deep State is up to its old tricks again today (So, what else is new?) and are leaking yet more information to the willing accomplices in the press who appear as wolves around the corpse of the U.S. Presidency while the Alpha male (Deep State) looks on approvingly, waiting to give his underlings the go-ahead to “tear it apart!”

The American public didn't have to wait too long for more news leaked to the press about President Trump.  This most recent barrage, courtesy again of the intelligence community and the Never Trumper lapdogs, has not slowed the policy agenda of the president in the very least.  However, it has done something much more important to the Deep State.  It has slowed down, nearly to a crawl, the “drain-the-swamp” actions.  This, most importantly, is the main reason for these negative leaks to the press.

What really matters a great deal to the intelligence community undercover operations is Trump's promise to get rid of special interests, lobbyists, money changing hands between those who want and those who need, and people who advocate on behalf of unfettered and unrestricted collection and use of surveillance and metadata that the Deep State uses and abuses in order to remain in power and in control of even the top officials in the Executive and Administrative branches.

When Attorney General Jeff Sessions recused himself from the Russia-Collusion probe, that set up an appointment by Deputy Attorney General Rod Rosenstein to fill the seat of an investigating official.  Rosenstein appointed Special Counsel Robert Mueller to head the investigation.  Over the course of the past couple of weeks, rumors have been spilling Left and Right about how the president was contemplating firing Mueller.  Of course, there was no actual evidence of that.  Only rumors and leaks.  But as we have come to accept as the modus operandi of the Deep State, all that's needed to distract the American public is an unsubstantiated rumor or leak.

In an attempt to stave off some of the leaks, Rosenstein released an emphatic statement that sent the Leftist press into an epileptic seizure.  Turn the next page to read his statement…