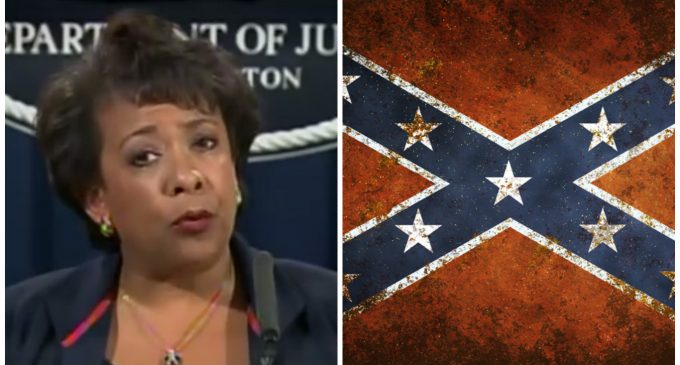 It's been a bad year for the Confederate flag. The U.S Capitol removed flags featuring the confederate battle emblem from its grounds and the flag itself has been removed from state buildings and public lands across the south. The flag's reputation has taken such a downward turn that the Department of Justice has now decided that the brandishing the banner is a symbol of hate.

The confederate flag has taken many forms throughout our country's history, but most people recognize the “southern cross” hat flew alongside Robert E. Lee's North Virginia Army as the premier flag of the confederacy.

In modern times, the flag has been flown to represent southern pride, state's rights, and, sometimes, white supremacy. But this year, the flag has a become a symbol for only the latter.

It's no longer become acceptable to display the flag for any reason other than racism, and doing so can't get you in trouble with the law.

See how one man's display of the flag got him charged with a hate crime on the next page: