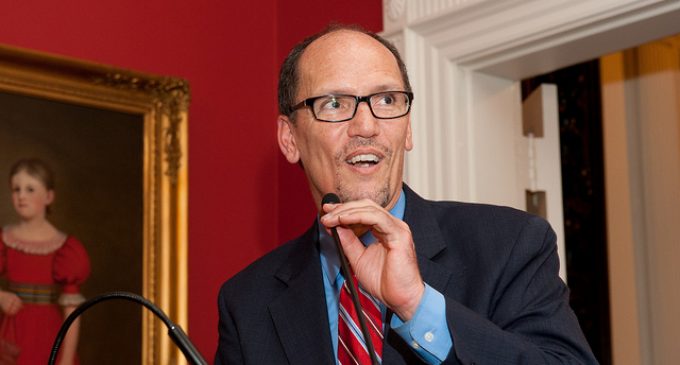 Newly elected DNC Chair Tom Perez is already proving himself a worthy heir to the Democrat throne. He's repeating all of the party's previous mistakes — and he has been for a long time.

Back in March, during a segment on NBC's Meet the Press, Perez blatantly lied about Donald Trump's proposed travel ban. Not only did he suggest that the order targetted Muslims — which it doesn't — he also called the policy “racist.”

But this is nothing new for Perez. In 2013, he argued that white voters should be exempt from the kinds of protections offered to voters by the voting rights act.

The Democrat Party has apparently learned nothing from their failed 2016 election. Donald Trump won because, for the first time, there was a clear consensus candidate among white voters. This week, they had a chance to change the direction of their party. Instead, they voted for a man that represents the same anti-white policies that cost them the election.

Read why he thinks whites should not be protected in the voting booth on the next page: