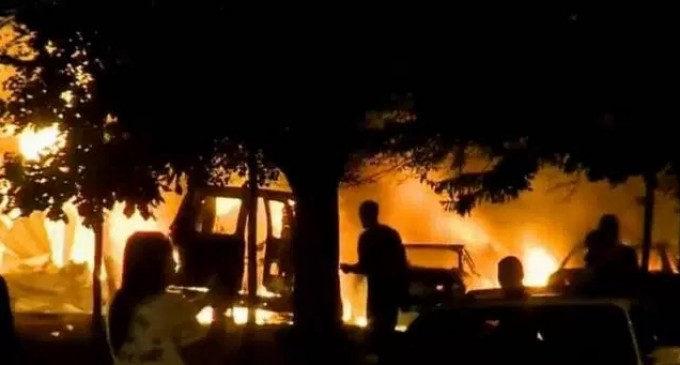 A criminal black man who ran from police while carrying a semi-automatic gun, was shot by the Milwaukee police who feared for their lives.  The twenty-three-year-old had a lengthy criminal record and refused to follow orders when pulled over for a traffic stop.  The gun he was carrying had been used in a robbery.  The guy was far from innocent.

Even the Democratic Mayor, in a press conference, said that the police were in danger because Sylville Smith had a gun in his hand, but this doesn't matter to the Black Lives Matter movement, they want blood and ‘retribution'.

In their hate, BLM rioters began destroying property, burning down a gas station and threatening white people.  The level of rage in crowd of people is disconcerting as they chanted, “Black Power!” and looked for white people to attack.

View the video of that hate on the next page.