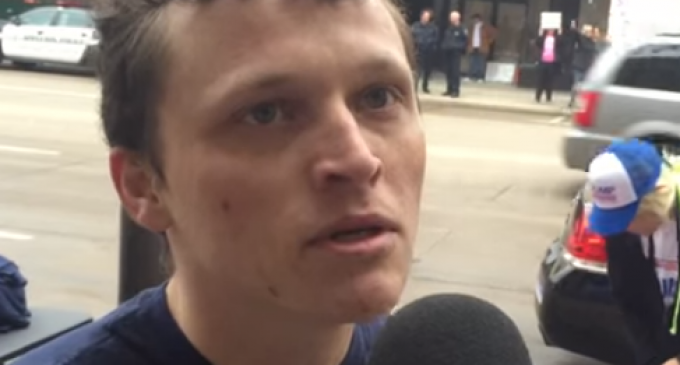 Standing outside a Trump rally, Infowars speaks with various veterans and other supporters in Wisconsin.

“I'd like to make a comment about the V.A. system here in Wisconsin.  I have been with them about two years and have had two hip replacements.   Very sensitive caring people out here in Wisconsin.  We're very lucky to have the system that we have.  There's other veterans across the country that are not so fortunate.  I am here to support Donald Trump to take care of those veterans.”

Infowars responds, “He's been very vocal in his support for veterans, like more than almost any other issue aside from building the wall.”

Asking another young rally-goer, “What's attracked you to Donald Trump?”, who responds, “Economics, , DPP and he's the only one who seems actually to care about veterans and I'm a disabled veteran.  I think it's outrageous that they want to get free healthcare to everyone, if they are legal or not.”

Watch the entire video on the next page.