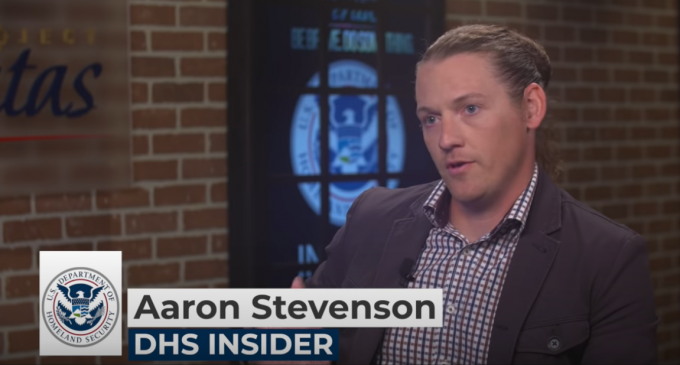 A Department of Homeland Security (DHS) insider who once blew the whistle on transnational cartels exploiting U.S. immigration loopholes to carry out child sex trafficking operations has now revealed his identity and with it new revelations on how DHS is providing an easy means for illegal immigrants to remain in our country – even getting set up on the path to citizenship.

“An email sent out by the Director of USCIS, which notified us about a rule change coming forward, is going to shift the adjudicative authority of defensive asylum away from immigration judges and giving it to asylum officers, which are USCIS,” said Aaron Stevenson, DHS Insider and Intelligence Research Specialist for the U.S. Citizenship and Immigration Services.

“This is going to be the biggest change to immigration policy in my lifetime. It’s being done without anybody knowing what’s going on about it and there’s been no coverage for the American people to know what’s going on,” Stevenson said.

Go to page 2 for details.