Project Veritas has struck again! An Intelligence Research Specialist for the U.S. Citizenship and Immigration Services (USCIS) exposed in a new video how the Biden administration is fundamentally overhauling America’s immigration protocols to provide an easy path for illegal aliens to remain in our country.

The new protocol takes oversight away from immigration judges and places the authority to rubber stamp entrance into the country into the hands of USCIS asylum officers.

Stevenson decided to go public with information about a “reasonable fear” loophole that exists in the federal government’s immigration policy, which could allow potentially dangerous migrants to stay in the United States under false pretenses. He had previously sat down with Project Veritas for an interview in the shadows.

“An email sent out by the Director of USCIS, which notified us about a rule change coming forward, is going to shift the adjudicative authority of defensive asylum away from immigration judges and giving it to asylum officers, which are USCIS,” Stevenson said.

“If the asylum officers get this ability, I will say it’s going to be a rubber stamp of immediately getting ‘credible fear’ or ‘reasonable fear’ [asylum seekers] to be able to stay in the country if they’re going to be deported…also their path to citizenship,” he said. 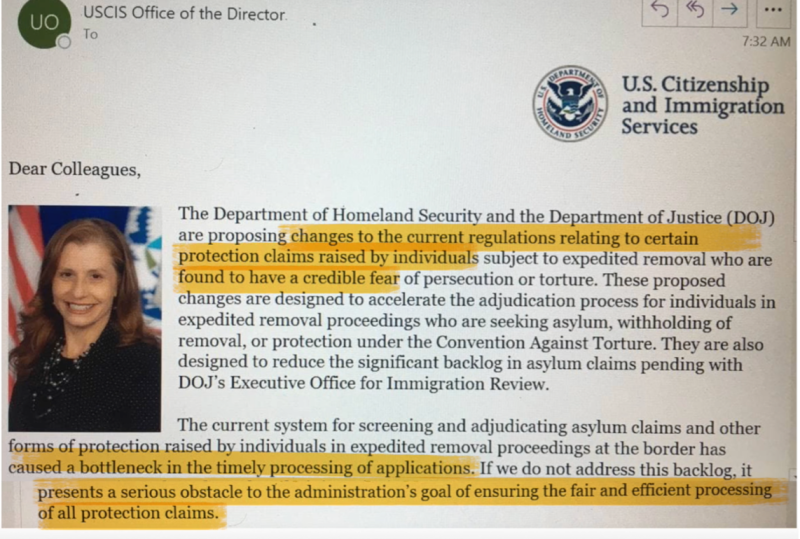 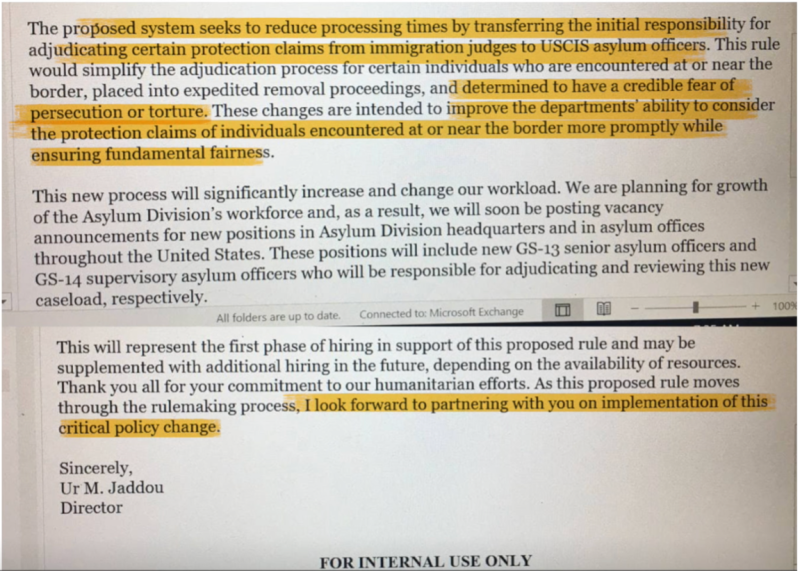 Stevenson explained why he is so concerned with this latest federal government policy. He said that USCIS asylum officers are far less accountable to the American people than immigration judges.

“[This new policy] leaves very little accountability to the public when this kind of operation exists. And when you couple that with giving the adjudicative authority away from an immigration judge to an asylum officer, you are removing any type of public pressure that they could apply on policies that they’re creating,” he said.

“This is going to be the biggest change to immigration policy in my lifetime. It’s being done without anybody knowing what’s going on about it and there’s been no coverage for the American people to know what’s going on,” he said.