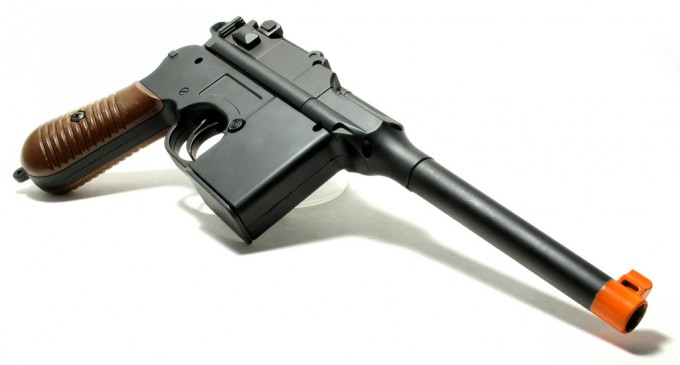 It's about to become more inviting for an illegal to jump the Mexican-American border as border patrol will be carrying pellet guns, tasers and pepper spray to defend themselves and the border.

Also, new rules coming from the new head of the DHS, Jeh Johnson, that prohibits officers from effectively guarding our border are:

– Border patrol agents must retreat if illegals throw rocks at them
– Agents can’t use their weapons against “a moving vehicle merely fleeing from agents.”

“Agents shall not discharge firearms in response to thrown or hurled projectiles… agents should obtain a tactical advantage in these situations, such as seeking cover or distancing themselves.”

“Agents shall not discharge their firearms at a moving vehicle unless the agent has a reasonable belief that… deadly force is being used against an agent,”

“[agents] should not place themselves in the path of a motor vehicle or use their body to block a vehicles’s path.”

Last year, Texas judge Andrew S. Hanen stated he's seen 4 cases where DHS has aided illegals into the country even after finding out they were illegal – and even helping them get to their final destination!

Obviously, this government wants this country to be completely usurped – not only to increase the Democrat voting base – but to serve as snitches and whatnot when it finally hits the fan in this country. The federal government is strategically planning the destruction of our republic so that they can rebuild it into a fascist country.