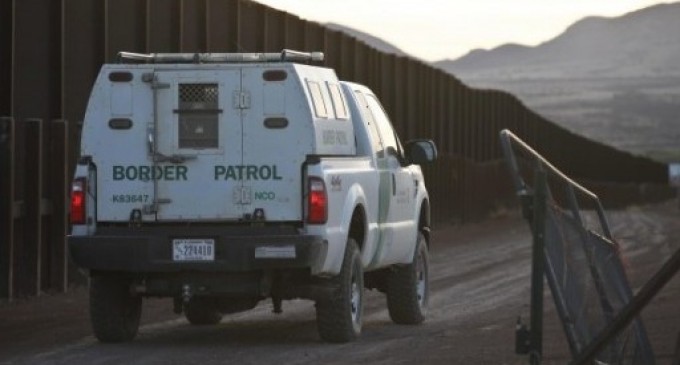 Instead of arresting illegal immigrants who cross into the United States, DHS has been helping these illegals get to their final destination!

Texas judge Andrew S. Hanen states he's seen 4 recent cases where DHS has aided illegals into the country even after finding out they were illegal.

“This Court is quite concerned with the apparent policy of the Department of Homeland Security (hereinafter ‘DHS’) of completing the criminal mission of individuals who are violating the border security of the United States.”

Our country has been completely sold out!

A case out of Texas has a federal judge asking just which side of the law the Department of Homeland Security is working for.

United States District Judge for the Southern District of Texas Brownsville Division Andrew S. Hanen rebuked DHS for helping to deliver an illegal immigrant minor — detained at the border with her human smuggler — to her illegal immigrant mother living in Virginia.

Homeland Security “successfully complet[ed] the mission of the criminal conspiracy” to smuggle the child across the border to her parent, the judge wrote in an order issued on Dec. 13.

The mother, Patricia Elizabeth Salmeron Santos, had agreed to pay $8,500 to have human smugglers bring her child from El Salvador to Virginia.

The smuggler, Mirtha Veronica Nava-Martinez, was arrested and the child detained at a Texas border checkpoint when they were caught trying to use a birth certificate that belonged to Nava-Martinez’s daughter.

Nava-Martinez, a resident alien, also had a prior felony for food-stamp fraud in 2011.

“Despite this setback, the goal of the conspiracy was completed thanks to the actions of the United States Government,” Hanen wrote. “This Court is quite concerned with the apparent policy of the Department of Homeland Security (hereinafter ‘DHS’) of completing the criminal mission of individuals who are violating the border security of the United States.”

“Customs and Border Protection agents stopped the Defendant at the border inspection point. She was arrested, and the child was taken into custody. The DHS officials were notified that Salmeron Santos instigated this illegal conduct,” the judge continued. “Yet, instead of arresting Salmeron Santos for instigating the conspiracy to violate our border security laws, the DHS delivered the child to her — thus successfully completing the mission of the criminal conspiracy. It did not arrest her. It did not prosecute her. It did not even initiate deportation proceedings for her. The DHS policy is a dangerous course of action.”

This was “the fourth case with the same factual situation this court has had in as many weeks,” Hanen wrote.

The judge noted that in all four cases, the American taxpayer ended up on the hook for the final delivery.

“This is an absurd and illogical result. The DHS could reunite the parent and child by apprehending the parent who has committed not one, by at least two different crimes,” he continued.

The judge added that “the failure by DHS to enforce current United States law” is concerning because illegal activities of this kind help fund drug cartels. It also undermines the deterrent effect of the nation’s immigration laws and lowers the moral of the men and women risk their lives to enforce the law, he wrote.