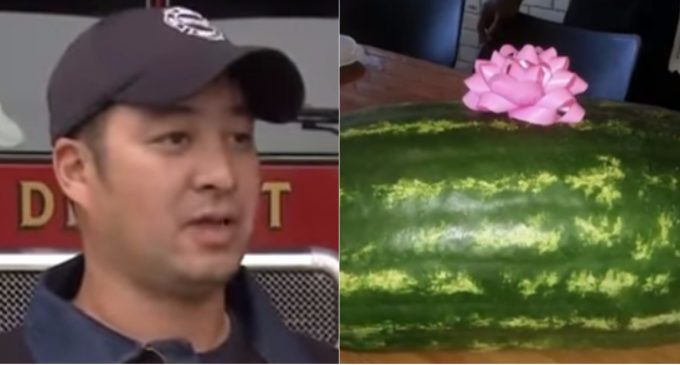 A white Detroit firefighter ran into some problems when he brought some fruit into work instead of some glucose-laden donuts. While most folks would just be thankful for a snack and grab some artery clogging snacks on their time, this 90% African-American station saw things differently.

Robert Pattinson, 41, was excited to introduce himself to the other firefighters at Engine 55 on the corner of Joy and Southfield in Detroit. Per custom, he brought along a welcoming gift on his first day on the job

But, some of the other firefighters saw things differently. Things went downhill fast when they realized his “welcoming gift” was really just a bold declaration that he was a “racist”. Continue to the next page to learn how a piece of fruit ruined a white firefighter's career and what all went down when this supposed act of aggression was reported.

Move on to the next page for full details and video: