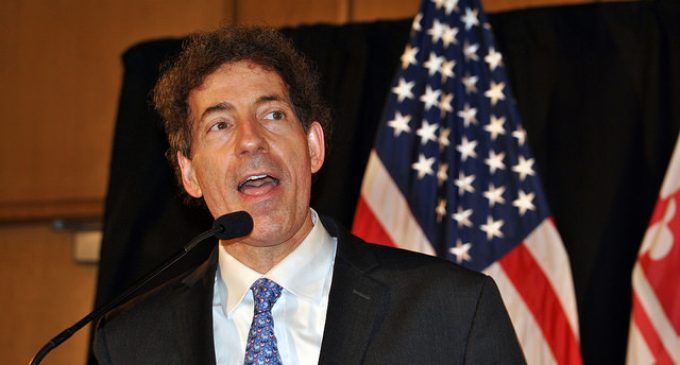 Having failed at the ballot box to beat Donald Trump in 2016, a group of House Democrats is plotting a subterfuge means to oust Mr. Trump from the presidency.

An effort led by Congressman Jamie Raskin of Maryland would create a special commission that could remove a president from office on the grounds of being mentally or physically unfit.

Raskin has put forth a bill that initially garnered 20 other Democrat co-signers. He’s tried to paint the effort as nonpartisan and not directed against the current occupant of the Oval Office.

But in discussing the bill, Raskin and others have revealed the real purpose of the proposed legislation. He introduced the bill in April, and it’s picked up support in the past week due to the current controversy on President Trump’s tweets.

Find out how the commission would actually function and the devious manner in which Democrats are trying to overturn the results of a fair and legitimate 2016 election. The story unfolds on the next page.