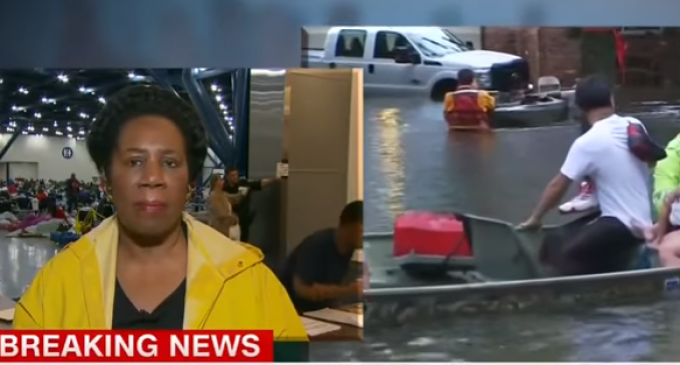 The Onion is going to be put out of business here soon due to the real world competition and headlines spewing out of liberals mouths.

CNN is back to doing what it does best, giving idiots air time, glorifying the murder of children, and fueling racial divisions. No, I didn’t forget the obvious, it’s just the obvious is so obvious it didn’t merit saying without prefacing with 3 obvious. Of course, they’re lying. That is the bread. The meaty part of every fake news network.

CNN is working overtime to cover every possible reason Hurricane Harvey victims shouldn’t get funding. And you’ve got to hand it to CNN, not even the death and displacement of American citizens can get them off track attacking President Trump for not bringing every single damn refugee into the U.S.

Who cares about Texan kids living right here in America when there are migrants overseas needing homes and the response to Hurricane Katrina in 2004 received a less than sub par response? RIGHT?! The left has lost their minds. And it’s getting so bad liberal fake news networks and their own DEMOCRATIC senators are actually going live on air to tell us how it is hypocritical for Texas to get aid because Texan politician didn’t all support funding for the hurricane victims after Sandy Hook.

How does this make sense? It doesn't. It is liberal lunacy, at it’s finest, I might add. You gotta see this one for yourself! The left doesn't get more stupid, or hypocritical than this! And this is important as we have a duty to point out the mental instability that is the left!